The Keys to Storing Ice Cream 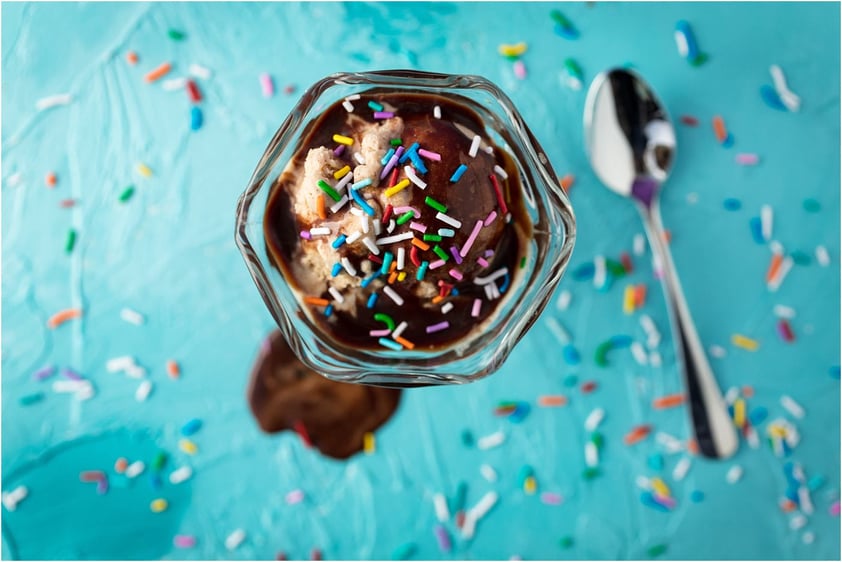 Americans love their ice cream. According to the International Dairy Foods Association, the average American eats more than 23 pounds per year. With the increasing availability of non dairy ice cream, the treat is now an option for even more people.

Part of why people love ice cream so much is the rich, creamy taste. However, when stored and displayed at improper temperatures, ice cream's quality and taste are affected.

At the wrong temperature, ice cream becomes freezer burned, develops a gritty texture, and forms ice crystals. This literally leaves customers with a bad taste in their mouth. Most ice cream shops don't have another product to base their reputation on. They sell ice cream and only ice cream. For shops that are open seasonally, the window for turning a profit is just a few months out of the year. Proper storage and display temperatures are critical to an ice cream shop's operations.

All ice cream, whether it is traditional or non-dairy, has two main components: some form of fat and ice. When ice cream is stored at the proper temperatures, the fat and ice stay together. At warmer temperatures, the product starts to break down and separate. This breakdown affects the taste, texture, and overall quality. Storing ice cream long-term requires a different temperature than displaying. The reason is two-fold.

During storage, a consistent colder temperature prevents the thawing and refreezing cycle. When displaying and serving, slightly warmer temperatures keep the ice cream cold enough not to melt, but still warm enough to be easily scooped and served.

Stored ice cream should never reach above zero degrees Fahrenheit. The ideal temperature for long term storage is -10ºF and -20ºF. Ice cream in storage should always feel hard to the touch.

Ideally, ice cream should be stored in specially designated freezers. Separate storage prevents the odors from other foods from tainting the ice cream. Other products that require shorter term storage, such as beverages, should be stored separately from ice cream. Frequently opening and closing the freezer doors to pull inventory raises the temperature. The bottom line is: the colder the temperature, the better.

When it comes to displaying ice cream, there is a slightly larger window of acceptable temperatures. If ice cream is moving fast and selling out quickly, display temperatures of 0ºF to 7ºF are acceptable. For products that are moving a little slower, -10ºF to 0ºF degrees is better.

When storing any product overnight in a display freezer, placing plastic wrap directly on top of the remaining ice cream will help keep it fresh.

Ice cream should always be stored below the freezer line, even if it means fewer flavors being displayed. The proper temperatures might not be maintained in other parts of the freezer.

Storage requirements for gelato are the same as ice cream. However, when it comes to display temperatures, gelato is in a class all its own.

During production, gelato is churned slower than ice cream. It has also a lower butterfat content. As a result, gelato has a silky, smooth texture that customers have come to expect.

Gelato should be displayed and served at 10ºF. It is critical that gelato display freezers have sufficient cold airflow. Unlike ice cream, gelato is displayed in rectangular pans, with the product often heaping in the pan. Cold air ensures that all of the product maintains a proper temperature. Shops that are selling both ice cream and gelato should invest in separate display freezers.

If you're curious about optimal ice cream storage, you probably know just how valuable ice cream can be for an operation. Poor storage means poorer profits. That's why it's important to create a storage system that meets your needs. Start by getting a free Refrigeration Review today.