What Is the "Danger Zone" and How to Avoid It? 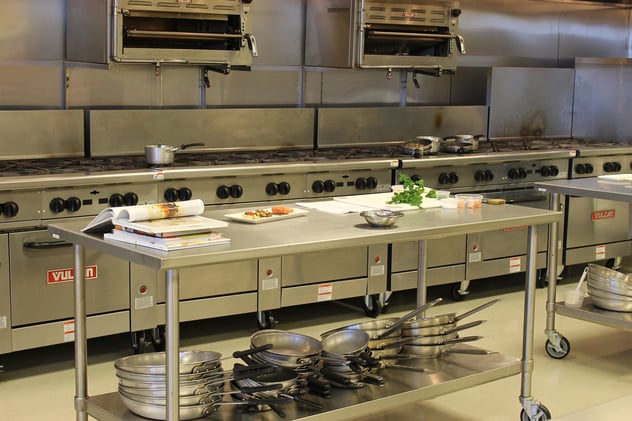 Keeping food out of the "Danger Zone" is a critical step in preserving food safety. Regardless of the type of foodservice operation, leaving food at room temperature for too long can cause bacteria including salmonella, staph, and a whole list of undesirable illnesses.

According to the Center for Disease Control, as many as 48 million Americans get sick from these foodborne illnesses annually. Yes, that's 48 million people. Each year. And of those, as many as 128,000 result in hospitalization with 3,000 fatalities. But what do they have to do with the Danger Zone, and how can it be avoided?

What Is the Danger Zone? 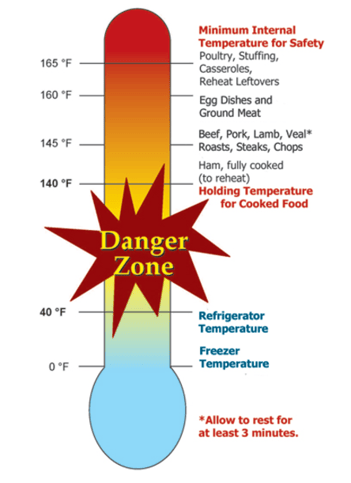 The bacteria mentioned above grow rapidly between the temperature range of 40ºF and 140ºF. In fact, within this range, bacteria can double in as little as 20 minutes. In terms of temperature, this is the Danger Zone.

The Danger Zone has another component, though, and that's time. Food should never be left at room temperature for more than two hours, and if the ambient temperature is above 90ºF, it should not be left out more than an hour.

How to Avoid the Danger Zone

Hot food needs to stay hot. As we said above, hot food should not be kept lower than 140ºF. Food kept in warming trays, drop in wells, chafing dishes, or steam tables should all be consistently held above the range of the Danger Zone.

Likewise, food should not get warmer than 40ºF. When storing raw ingredients or even leftovers, they should be kept cold. Leftovers are one of the biggest culprits of foodborne illness, so make sure they're kept in shallow containers for quick cooling and refrigeration.

Of course refrigeration that does not function properly is a major issue for safe food storage. And refrigeration can also consume more commercial kitchen resources than any other piece of equipment.

Find out how to store food safely while drastically reducing overhead by watching this short video.